News > Students of the faculty were awarded prizes

Students of the faculty were awarded prizes

On November 24, 2021, Ivan Franko National University of Lviv awarded students of professional higher and higher education institutions who participated in the competition for awards from the Lviv Regional State Administration and the Lviv Regional Council. Prizes in the field of natural and technical sciences were awarded. Cash prizes and awards were received by two hundred students from various educational institutions in Lviv, 55 of them – from LNU. Ivan Franko.
The Lviv Regional State Administration and the Lviv Regional Council annually award prizes to students of higher education institutions in the region on the occasion of the International Student Day. Young people who have achieved success in educational and scientific work, take an active part in the public life of their educational institution, city and region are awarded.
The Rector of Ivan Franko National University of Lviv, Corresponding Member of the National Academy of Sciences of Ukraine, Professor Volodymyr Melnyk addressed the audience with a welcoming speech. He appealed to the students who received the awards. “… Attention to students’ research is not just a tradition, it is an expression of respect for young people and an understanding of the importance of supporting young people as the future basis for the formation of the Ukrainian elite.” 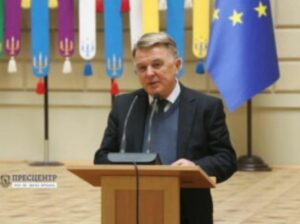 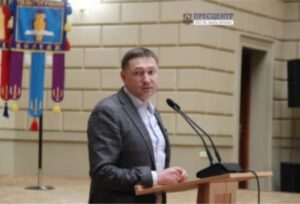 The students were also greeted by the Head of the Lviv Regional State Administration Maksym Kozytskyi, the Director of the Education Department of LODA Oleh Paska and the Deputy Chairman of the Commission on Education, Science and Innovation of the Lviv Regional Council Paraskoviya Dvoryanyn.
Subsequently, the awards were presented directly to student youth.
For example, Sofia Ivakh and Marta Pilat won the Vyacheslav Chornovil Regional Awards from the Faculty of Financial and Business Management. And Maria Kormylo received the award from the Student Government.

Congratulations to the students of the faculty and we wish new achievements and success in future endeavors! 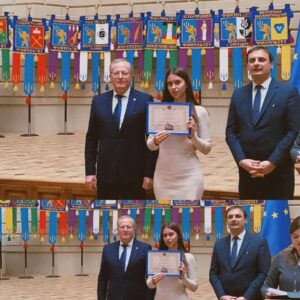 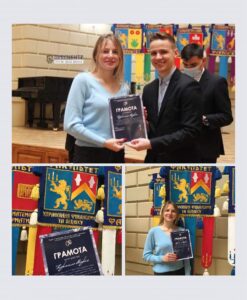