Seminar for the Day of Ukrainian Statehood: “Romanovichi – Ukrainian kings and grand dukes”

On July 28, 2022, to the Day of Ukrainian Statehood, the teachers of the Department of Digital Economy and Business Analytics held a seminar on the topic: “The Romanovichs – Ukrainian kings and grand dukes.” The historical period considered at the seminar covers the reign of the branch of the Volyn Monomakhovichs from the Rurik dynasty, who ruled in the Galicia-Volyn principality – from Danylo Halytskyi to Yuriy-Boleslav Troydenovich (Yuriy II). The biographies of these Ukrainian rulers presented by the teachers of the department clearly show that even after the disintegration of Kyivan Rus due to the Mongol-Tatar invasion, such a state entity as the Galicia-Volyn principality continued to exist. It played a significant political role in the European world, and its rulers were born from many European dynasties and were kings – Danylo Halytskyi and Yuri I – or had the title of Grand Dukes. 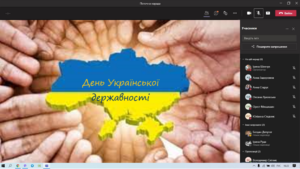 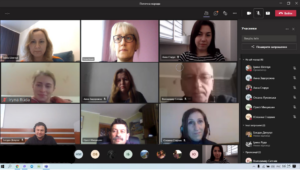 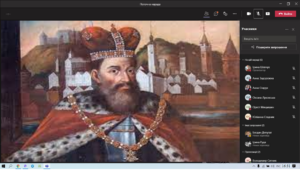 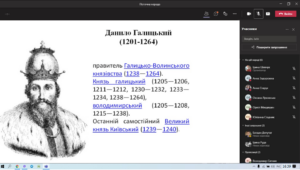