On the occasion of the All-Ukrainian Science Festival on May 16-17, scientific seminars of the teaching staff of the Department of Economics and Public Administration were held together with applicants of the second (master’s) level of education within the framework of the annual Science Festival at the Franko National University of Lviv.

On May 16, a scientific seminar was held on the topic “Competitiveness of the domestic labour force in the world labour market”, speaker associate professor of the Department of Economics and Public Administration Oksana Pikulyk. The purpose of the event is to identify and analyse conjuncture changes, what is taking place in the world labour market in the professional qualification composition of the labour potential and consisting in narrowing the area of use of heavy physical and unskilled labour and increasing the share of mental labour in increasing its competitiveness. 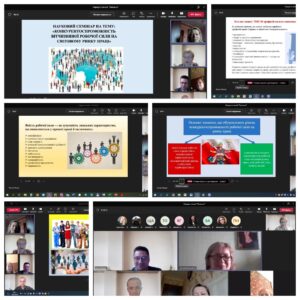 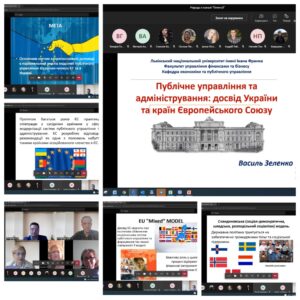