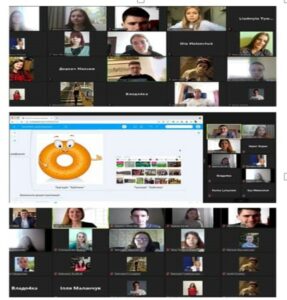 In order to acquire new practical skills in the field of public administration, Maria Kormylo, a second-year student of the UFP-21s group of the Public Administration and Business Management OPP, became one of the 30 participants in the educational interactive event “Superheroes for the Community” on the topic of decentralization and local self-government. The event was held in a two-day intensive format, which addressed the most pressing issues of future managers, namely the main challenges of local government reform. Specialists in decentralization and local self-government highlighted the peculiarities of creating united territorial communities. “What qualities should young people have for an effective dialogue with local authorities?” – Mentors and leading experts on local self-government, decentralization reform and youth policy helped to find answers to this and other questions, namely:

Maria Kormylo also took part in the simulation game “Decentralization. New Era”, in which she implemented practical advice from speakers. According to the results of the two-day intensive, Maria Kormylo received a certificate.