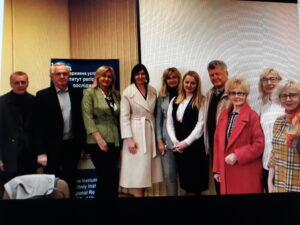 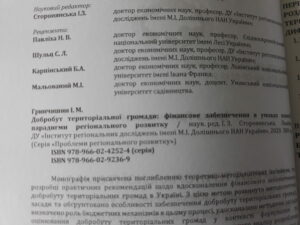 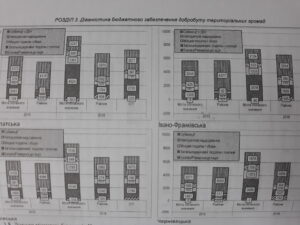 The development of modern society significantly depends on the quality of knowledge produced in both academic and educational environments. It is from understanding the internal basis of fundamental knowledge about the dynamics of socio-economic change, the paradigm of state-creative patriotism of nation with their active implementation at various levels of government it is possible to translate potential into real power and welfare of its citizens.

In fact, this monographic work became the foundation of the dissertation research Iryna Hrynchyshyn for the degree of Doctor of Economics, and the defense took place on April 16, 2021 at a meeting of the specialized scientific council D 35.154.01 in the State Institution «The Institute of the Regional Research Named after M.I. Dolishniy of the NAS of Ukraine», where Professor Borys Karpinsky is a part of it.Such knowledge and efficiency allows to respond in time to modern challenges in the state, science, education, thus providing the formation and education of students on new management concepts.