News > Honoring the Heroes of the Heavenly Hundred

Honoring the Heroes of the Heavenly Hundred

National-patriotic education at the Department of Accounting, Analysis and Control is one of the priorities and provides education of patriotism and loyalty to the traditions of the Ukrainian people, education of students of high moral qualities and spiritual culture based on national and Christian values, formation of national consciousness and responsibility, education of political , economic and legal culture, respect for the Constitution of Ukraine, laws of Ukraine, state symbols and language. 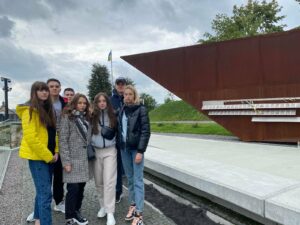 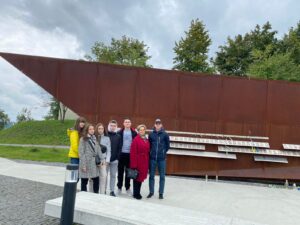 According to the National Doctrine of Education Development of Ukraine in the XXI century, national-patriotic education is one of the main priorities and an organic component of education development. It is based on the principles of humanism, democracy, succession of generations, tolerance. The main directions of national-patriotic education of student youth in the Free Economic Zone should correspond to the “Concept of civic education of the individual in the conditions of development of the Ukrainian statehood”.

Ukraine will soon celebrate the Day of Dignity and Freedom. Day of Dignity and Freedom is a holiday in Ukraine, which is celebrated annually on November 21 in honor of the beginning of this day of two revolutions: the Orange Revolution (2004) and the Revolution of Dignity (2013). Established “in order to affirm in Ukraine the ideals of freedom and democracy, to preserve and convey to present and future generations objective information about the fateful events in Ukraine at the beginning of the XXI century, as well as to pay due respect to patriotism and courage of citizens. 2013 – February 2014 stood up for the protection of democratic values, human and civil rights and freedoms, national interests of our state and its European choice… “in accordance with the decree of President of Ukraine Petro Poroshenko № 872/2014” On the Day of Dignity and Freedom “of November 13 2014. 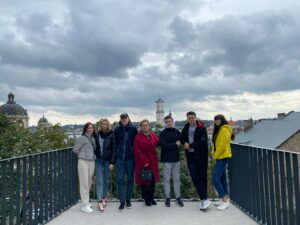 The Memorial of the Heroes of the Heavenly Hundred is a place of historical memory of our people, the memory of those whose names we have no right to forget, because the Heroes paid for their feat at the highest price – the price of their own lives…

Students got acquainted with the names and portraits of the dead, as well as the slogan of each Hero of the Heavenly Hundred and lit candles.

Eternal memory to the Heroes!