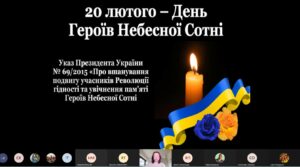 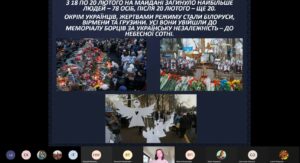 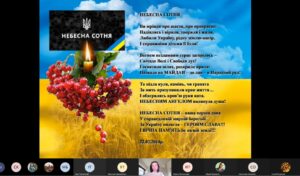 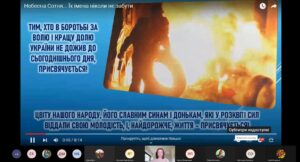 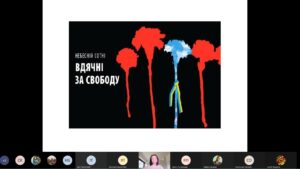 For the eighth year in a row, at the end of February, Ukrainian society commemorates one of the most tragic days in the history of Independent Ukraine – the Revolution of Dignity, when the confrontation between the Ukrainian people and the then authorities became the bloodiest in the recent history of the Ukrainian state when most Maidan activists who defended the principles of freedom, democracy and the European vector of development of the Motherland died.

The Day of the Heroes of the Heavenly Hundred was established in the state “to perpetuate great human, civic and national courage and devotion, strength of spirit and resilience of citizens, which changed the history of our state, worthy of honoring the heroism of the Heroes of the Heavenly Hundred (November 2013 – February 2014), defending the ideals of democracy, defending human rights and freedoms, the European future of Ukraine. “

On the occasion of honoring the memory of the Heroes of the Heavenly Hundred for students of UFP-21s, the group’s advisor, associate professor of public administration and business management, Olena Reshota held a thematic event to acquaint students with the tragic events of the Revolution of Dignity, the stories of patriots gave their lives, proving by their feat to the world community that the highest goal for the Ukrainian people will always be to preserve the democratic values ​​of Ukrainian society.

At the state level, the Revolution of Dignity is recognized as one of the key moments of Ukrainian statehood and the expression of the national idea of ​​freedom. And the selfless feat of the Heroes of the Heavenly Hundred for freedom and European values ​​will always remain in the pages of modern Ukrainian history and in the memory of millions of people.