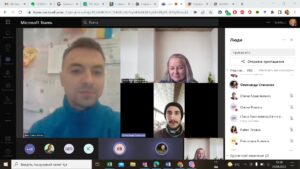 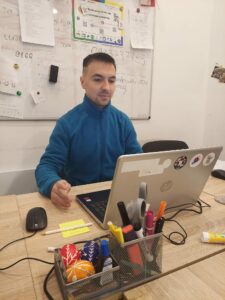 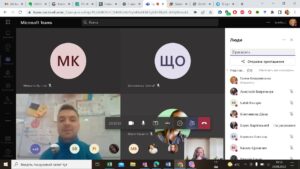 At a rather difficult time for our country, youth organizations that have been able to coordinate their resources to support the Armed Forces of Ukraine are admirable and respected.
Since the first days of the war, the Lviv Regional Youth Center has organized three humanitarian headquarters, which work in close coordination with each other. More than half a million hryvnias were raised to help the Armed Forces.Applicants for higher education and the scientific and pedagogical staff of the Department of Public Administration and Business Management of the Faculty of Financial and Business Management of Ivan Franko National University of Lviv had the opportunity to talk about this and other issues with stakeholders of the educational program. Director of the Lviv Regional Youth Center Ivan Sapsa.

They got acquainted with the work of the headquarters, in particular, the first headquarters works on the basis of the youth center, where a team of about 30 volunteers works on sorting humanitarian aid, receiving cargo from abroad and more. Recently, aid has been actively sent to Bucha, Gostomel, Irpin, Chernihiv, and Kherson. Kharkiv, Donetsk and Luhansk regions.

The second headquarters works on the basis of the Powder Tower. In the last month, more than 500 young people, who are from Lviv or internally displaced, have woven camouflage nets for fighters, have woven one huge net for the plane.

The third headquarters also works on the basis of the youth center, it was launched in coordination with the Office of the President of Ukraine and other ministries. This is “SpivDiya hub”, and it is important that the main office is in Lviv. We heard the opinion of Oleksandr Stanasyuk, the head of CivDiya Hub, who represented two parties at the same time. First, as a candidate for a master’s degree in higher education  “Public Administration and Business Management”, and secondly, as an employee of the Lviv Regional Youth Center.

“We are helping everyone whose lives have been affected by the war: those who were bombed, those who were forcibly displaced, and those who lost their jobs. We are delivering aid in Lviv and those who have remained in the area. Oleksandr Stanasyuk, head of the Hub Co-operation in the Lviv region.

Ivan Sapsa also announced his work with the  team of Ivan Franko National University of Lviv. This is the launch of the information rear – a translation of current news sent to the media and organizations working abroad. All interested translators can help and get involved.

As a result of an interesting and extremely motivating meeting, they exchanged plans for the future. Such meetings are extremely necessary for students to lift their spirits, motivate and see prospects. For all those wishing to help LOMC contacts at the link: https://linktr.ee/lomc.