February 21, 2022 marks a holiday that is extremely important for each of us – – International Mother Language Day.

The holiday has been officially launched since 2000. The International Mother Language Day was proclaimed by the General Conference of UNESCO on November 17, 1999. It was introduced to promote linguistic and cultural diversity and multilingualism.

Native language is an important element of cultural and national consciousness. It is not just a means of communication, but the history of the people, their worldview. It is the most powerful tool for preserving and developing our material and spiritual heritage.

On the occasion of the International Mother Language Day for students of the UFO-41c group, the group’s advisor, associate professor of accounting, analysis and control, Loboda NO the thematic event “My Mother Tongue is the richest in the world!” 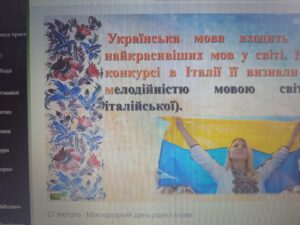 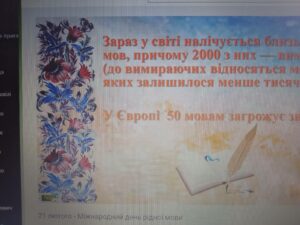 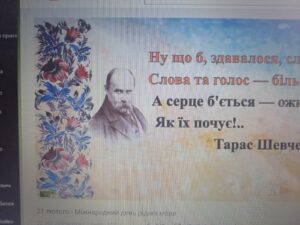 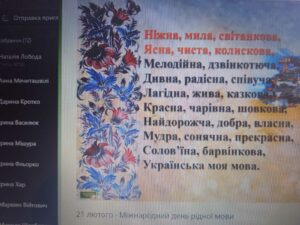 On the International Mother Language Day, the holiday of the Ukrainian language – one of the most valuable assets created and left to us by our predecessors. Language is the soul of the nation, its genetic code, in its depths was born much of what our people can be proud of. As the sea begins with a river, so the Ukrainian word – with writing. Our word gained strength on the parchments of Nestor the Chronicler, polished in the works of Hryhoriy Skovoroda, Ivan Mazepa, deepened under the pen of Ivan Kotlyarevsky, especially Taras Shevchenko, later improved by I. Nechuy-Levytsky, P. Myrny, M. Kotsyubynsky and L. other prominent Ukrainians. 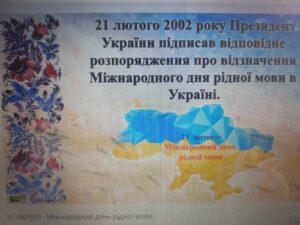 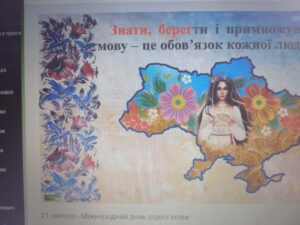 HAPPINESS, GOOD, NEW ACHIEVEMENTS IN THE NAME OF UKRAINE !!!!!!